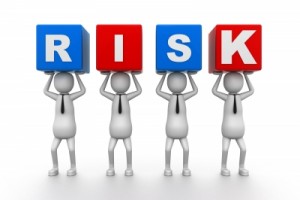 Commonly people think about risk based on financial risk and internal controls. Admirable, of course, however I proffer that the biggest risk, above all, is your human resource (HR) risk.

When we look, for example, at crises in sectors such as banking, insurance, healthcare, football, charity, etc., at the core of each of these breaches or scandals are people. People control, manage and handle risk, from the board table cascading down into organisations.

Risks are inevitable and organisations have a moral and legal obligation to attend to the safety and well-being of those they serve, those who work for them and other stakeholders who come into contact with their operations. This is known as their duty of care. However, organisations also need to peruse all the risks throughout their entire operation (not just financial and legal) and incorporate risk management strategies throughout their planning and decision-making processes.

So I believe for a business to run in a transparent, ethical and credible manner it must address its most important asset – its people and how they run the business.

To address these matters organisations could consider the following 4 HR risk and compliance tips are:

So, risk assessment should be an ongoing working document of the board. I believe a basic risk assessment will identify, assess, analyse and evaluate each risk in question specifically for their organisation. This will help decide and document the treatment of that risk, i.e., whether to tolerate, terminate, treat or transfer it.

We believe to adequately assess the sources and handling of risk, organisations must risk assess their aggregate internal capability, i.e., their resources, systems, structure and culture. All of these risk areas require people. People are a source of risk. People handle risk.

With the right people, in the right place, doing the right transparent, ethical and credible things, organisations can identify aggregate risks, areas for improvement, leading to increased productivity and ultimately the big P – Profit!

Ethical leadership: what FIFA thought us?

Is there something about power that gets people into trouble? Ethical leadership has a compelling case for a business.

It is clear that the egregious acts of dishonesty that destroy careers (and in some cases organisations in their aftermath) have been generally executed by people who hold the most senior roles in their organisation.

Taking a 2015 example, FIFA, one of the biggest sports bodies in the world with a 111-year history, became embroiled in numerous ethical debacles not just over gifts and bribery in recent times but for many years. Or another example from 2012, the Barclays’ libor rate-rigging scandal questioned ethics and resulted in the resignation of its CEO and chairman. We could also write a book on political, banking, property, charity, etc. examples from our own Isle.

So how should organisations be more ethical in conducting their business. I proffer that ethical leadership can include:

Each of these items need to be regularly and routinely carried out and reported on to avoid any surprises and to highlight any risks.

In doing so, ethical leader executives should be mindful of the following characteristics that they should bring into their day-to-day working life:

If we relate this to the point about encouraging whistleblowing above, which is a topical issue in Ireland presently with the Protected Disclosures Act 2014 recently enacted, there can be issues for organisations to train staff to understand how they are protected if they disclose a perceived wrongdoing. For example, while an employee with a value of fairness would blow a whistle on the breach of corporate ethics, another individual with the prominent value of loyalty might not do so, protecting the organisation. So organisations must ensure their staff disclose and are informed about their right to raise concerns regarding potential wrongdoing that has come to their attention in the workplace in the knowledge that they can avail of significant employment and other protections if they are penalised by their employer or suffer any detriment for doing so.

A couple of years’ ago I recall reading an article by Lucy Kellaway, colmnist at the Financial Times, that CEOs should do ‘an annual hubris test’. This has resonated with me ever since. We have to put our cars through NCT tests, so perhaps this is rhetorical but why not a similar exercise for our senior executives to ensure that they remain fit for purpose at the helm and deliver on performance? If this happened in FIFA I question whether the organisation would have faced the public embarrasment from bodies such as Coca-Cola calling on it to set up independent reform commission and the US Attorney General’s intervention on the Association’s perceived uber ethical dilemmas.

Simply put, it should not be correct that leaders believe that they are responsible for the financial success of the company with deserving large financial, and/or other, rewards.

Leaders need to strengthen behaviours that correspond with ethical conduct. Organisations can help by having good structures in place, and by appointing and developing appropriate senior executives with board and independent supervision. However, it is ultimately a leader’s responsibility to develop a more honest and integrity-filled way of doing business for their business.